As you may be aware the testing of self-drive cars is taking place in a number of locations in the UK. Many car insurance companies will no doubt have been looking at how they will be going to insure such vehicles. 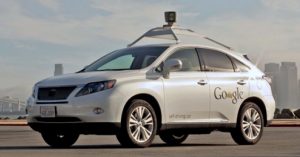 Apparently, suggestions were made to the government by the insurance industry as to how this could be done in a simple way. The Vehicle Technology and Aviation Bill has recently been produced that makes reference to the insuring of such cars and it has the support of the Association of British Insurers (ABI) especially as such vehicles may be safer to drive than normal cars.

The bill makes it clear that it expects self-driving car insurance to provide cover for when the person driving the car is controlling things and when the vehicle is being controlled automatically. The government is no doubt keen to make sure that should the victim of a road traffic accident need to make a claim that the process is simple and straightforward.

Presumably, if there are potentially going to be less claims made for self-driving cars being involved in an accident as they may be safer then does this mean that the cost of insuring such vehicles is going to be lower than that of a normal car?

Of course, it may be sometime before we see self-drive cars being driven on our roads by the general public but now that the government has published this bill it should help insurers come up with suitably worded self-driving motor insurance policies. It will be interesting to see how many insurance companies offer such cover in the future as the more that do then the greater the competition which would potentially be good news for the consumer.

When such car insurance policies do become available, the motorist may wish to shop around to try to find a competitively priced policy as well as one that provides all the benefits that the motorist needs. We will continue to update our readers about such cover periodically.