Many female motorists are starting to receive their car insurance premium renewal notices through their letterboxes and seeing a hefty increase in their premiums due to the European Union gender directive. Now it is felt by insurance experts that further increases may be on the horizon. 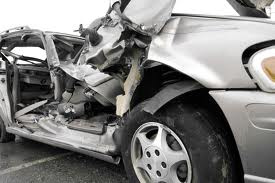 This is due to the way that compensation claims are settled by insurance companies for motorists involved in serious accidents.

Drivers may see their premiums increase by as much as 15 per cent per annum with immediate effect and may see a similar rise in 2014. The AA believe the age group that will suffer the most are those under 22 years of age because, statistically, there is a greater possibility that they will become involved in a serious road accident.

At the present time the younger driver pays on average £2,537 per annum but this is forecast to rise to a staggering £3,300 due to a combination of both the EU gender directive increase and this latest announcement. This will be viewed as a double blow to many lady drivers.

It is also forecast that other drivers could see their car insurance premiums increase by anything between £40 to £120 per annum with the average motorist presently paying out £1,219 per annum.

This latest expected increase is because car insurance companies will be passing on the additional costs due to changes made in the way people involved in serious road accidents are compensated. During the last 24 months courts have increased the number of annual payments made to car accident claimants who have suffered the likes of paralysis and brain damage. This is instead of awarding large lump sum payouts that some victims have spent leaving them struggling to find the money for nursing care.  Annual payments can also be inflation linked and can be increased if the victim’s health deteriorates.

It is claimed by the insurance industry that insurers pay out more on this basis and that they need to pass on the increased costs to motorists.

Malcolm Tarling, who works for the Association of British Insurers, stated: ‘It is little surprise motor premiums are rising because insurers have been hit with a mixture of extraordinary conditions such as increased cases of fraud and whiplash claims. When these costs come under control, the cost to drivers will fall.’