Excellent News For Many Young Drivers 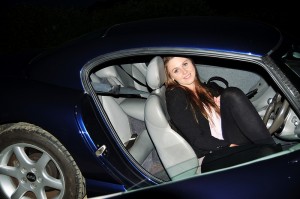 In the year ending 31st March 2015, some young drivers have seen their car insurance premiums fall.

Well, the index has shown that those 30 years of age and below have been seeing their premiums drop in the 12 months to 31st March 2015. In fact, it was back in 2006 that the price index started and it has found that a driver that is 17 years of age is paying less for their car insurance than at any time since that year. The average annual premium for someone of that age is now £1,901 for fully comprehensive cover. That is a drop of £302 per annum when compared with the premium back at the end of March 2014. In the first quarter of 2015, the premium has gone down by £82 per annum.

We are sure that you will agree that this is good news for a lot of young motorists and may encourage more of them to start to learn to drive as many will have been put off by the cost of car insurance.

One of the many factors that affect the premium you pay is where you live and, whilst the above is good news for young drivers, it should be noted that males aged between 17 to 20 who live in Inner London are paying the highest premium. The average that they pay for fully comprehensive car insurance is a staggering £2,720 per annum.

We trust that the above is of interest. Why not take the opportunity to get a competitive car insurance quote through us.