UK would soon see a completely renewed driving test for the learning drivers. With the tests revamped and set at an altogether new challenging level, it would mean that UK roads would have efficient drivers. The move is celebrated by one of the leading car insurance comparison sites in the country as one, which could change the scenario on the UK roads. The survey conducted upon 1200 people by the insurance company shows that 66% of the new learners are not confidence to hit the roads while an appalling 82% of the people could not figure out their neighbourhoods. Furthermore, 11% of the new drivers have already had their tryst with minor accidents while 72% of them have lost track of their destinations in their first week of official driving. 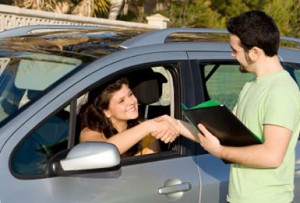 The amends on the driving test are likely to be enforced by 4th October and they would include a 10-minute driving test without much help from the examiner on the directions. This manoeuvre would help learning-drivers to keep a check on their navigational skills while also implementing in the necessary lessons required for being an efficient driver. Furthermore, Driving Standards Agency have made sure that the test routes are not published which means drivers would no longer have the freedom to choose easy routes for their tests.

The insurance company believes that these modifications in the driving test would pave the way for a better coordination on UK roads. It would also help the drivers to show better driving skills even under the direst of situations, thus easing the number of accidents on UK roads. Furthermore, these additional driving rules would help check the efficiency of drivers and discard the ones who could not keep up to the standards. It is obvious that this reform has come out as chocolate coating to the car insurance comparison sites as they will be able to provide insurance to drivers who have mastered the ways to drive on UK roads rather than to the poor drivers.