Does Your Car Insurance Include Misfuelling Cover?

Now, you may say that it will never happen to you but it is estimated that in the region of 150,000 motorists each year put the wrong fuel in their vehicles. The majority involves people putting petrol into a diesel fuel tank as the nozzle is smaller on the former. 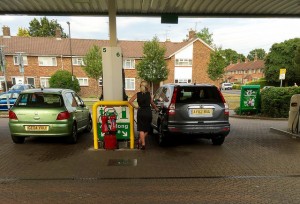 If someone puts the wrong fuel in their car it could be a costly thing to put right.

So, if you are unfortunate enough to do the same will your car insurance cover you for this problem that could prove costly to deal with? Well, not many policies include misfuelling cover as standard and there are also only a limited number which offer this as an optional extra. You really should check your car insurance policy to see if this sort of cover is available.

Just to give you an idea, the AA presently charge £269.99 to non-members and £222 to members to come out to your car and drain, flush and replenish your car’s fuel system. We are sure that you will agree that is a considerable amount of money.

If you put the wrong fuel in you should not start the ignition, turn the engine on or drive off as the incorrect fuel could contaminate your engine resulting in several thousand pounds worth of damage. Leave the car on the forecourt and call for assistance.

If you are not covered through your car insurance then another option is to consider taking out a specialist policy that covers you for misfuelling. The cost of this type of cover is likely to be potentially good value to provide you with peace of mind.

You could also get a quote to see how much it would cost to include such cover within a car insurance policy instead if it is not automatically included. It is unlikely that you would be covered if, having put the wrong fuel in, you then started the ignition or drove off.