Does Where You Live Affect Your Car Insurance Premium?

Based upon data included in the AA British Insurance Premium Index the answer is a resounding: “Yes”. Depending upon where you reside in the UK can have a huge impact on the price that you will have to pay for your car insurance. 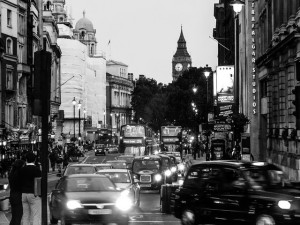 On average, London is the most expensive place to insure a car in the UK

Although comprehensive car insurance premiums have dropped in the second quarter of 2014 by 5.6% in comparison with the same period last year there is a significant difference in premiums in various parts of the country. The most expensive is in London where such premiums average £922.44 per annum whilst in the Isle of Man the figure is only £231.49 per annum.

Why should there be such a difference in car insurance premiums? Well, in addition to taking into account such things as your age, your driving experience, the vehicle you are driving and your claims history they will be aware that if you live in a certain location you are more likely to be involved in an accident or have your car stolen.

If you think about it, why should someone living in the Isle of Man pay as much for their car insurance as someone living in London when more claims are being received for cars being stolen in our capital city? It would be unfair.

Of course, there are more cars in London than on the Isle of Man so there will no doubt be a lot more accidents on the mainland that is another reason why car insurance is cheaper on the Isle of Man. Surely this is only right?

We hope that the above has been of assistance.