Does There Need To Be Three Levels Of Car Insurance?

As a motorist, you will no doubt be aware that there are three levels of car insurance – third party, third party fire and theft and fully comprehensive. However, do we really need so much choice? 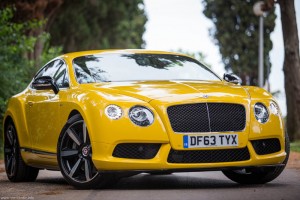 Perhaps it may be a good starting point to briefly explain what each covers: –

Third party – this will cover you for any damage to other vehicles, property and people as a result of your vehicle being involved in a road traffic accident. It will not cover any damage to your own car.

Third party fire and theft – this will cover you for the above plus your own car is insured should it be stolen and never seen again or recovered in a damaged state or should it be damaged by fire.

Fully comprehensive – this will cover you for all the above things plus it will also cover your own car should it be accidentally damaged in a road traffic accident. You would also be covered for driving any other vehicle on a third party basis should you have the permission of the other car’s owner to drive it.

Surely, the more choice that the consumer has the better. If you own a car worth say £500 you are possible less likely to want to have fully comprehensive cover on it than someone that owns a brand new Ford Mondeo valued at £20,000 bearing in mind that it is usually more expensive to arrange fully comprehensive car insurance.

However, if you live in an area that has a reputation for a large number of car thefts then you may prefer to have third party fire and theft rather than just say third party cover even if the value of your car is minimal.

As you can see, one motorist’s circumstances may be different to that of another so by having a range of cover options enables an insurer to cater for most people’s requirements. This has got to be a good thing.