There are a lot of people that have remained with the same insurance company for their car insurance over many years. This could be for a variety of reasons such as perhaps because someone could not be bothered to give up the time to shop around. It could be because they feel that they are getting as good a deal as they were given when first arranging their car insurance. May be, some people are just not bothered about saving themselves a few pounds each month in premiums. 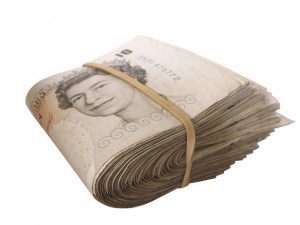 Well, there are a lot of people that would like to be able to contain or, better still, reduce their household expenditure. We may be seeing an improvement in the economy here in the UK but the prospect of saving a bob or two must surely appeal to quite a few of you.

You could be pleasantly surprised if you were to give up some of your time when you receive your annual renewal notice to get a few car insurance quotes from different insurers. You may be able to get cheaper cover than you are being offered at renewal.

Interestingly, the writer’s son received his renewal notice a few months ago. The premium was to increase. He did some research and actually discovered that if he were to arrange his car insurance with the same company that he was with that he could get the cover cheaper than he was being offered at renewal.

In that situation, perhaps he could have picked up the phone to the insurance company to enquire if they were prepared to match the premium quoted if he were a new customer. If you don’t ask, you don’t get!

If that example is what is happening with other insurers then why remain loyal to the same insurance company year after year? Wouldn’t you rather have a few extra pounds to spend on something else? Of course you would!