Distraction while driving is a major reason behind accidents, and men are more likely to get distracted as compared to women. You can get suitable car insurance quotes for your vehicle at car insurance comparison site.

The major distraction factors include car stereo adjustment, which is counted by 75% of the drivers, as they get busy to adjust the CD or radio player while driving. Even eating and having soft drinks is another big reason of distraction for the drivers behind the wheel.

During the long journey, people start snacking, thus causing disturbance to the driver. Even in day-to-day routine, most of the office goers try to have their breakfast in their car while driving to save time while reaching office timely.

Another important factor of distraction is the usage of mobile phone without handsfree, which counted around 42% of the driver’s admittance. Even while going for a holiday, the driver tries to search the location through map reading but when the task is done while driving, it causes a great danger.

Some of the unusual distraction reasons were also quoted during the survey that include kissing, reading book, swatting insects, applying makeup and even shaving. The most dangerous driver behaviour that causes distraction is texting while driving and even 20% of the drivers admit to do so while driving.

Motorists express their anger on other drivers of driving improperly due to distraction but most of such drivers are themselves distracted drivers. Most of the motorists understand the risk of taking off the eyes from the road but still 75% of the drivers do it regularly. 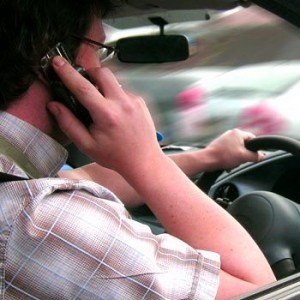