An interesting survey has been carried out by British Car Auctions (BCA) revealing that a mere 3 per cent of drivers who damaged someone else’s parked vehicle left their contact details for the owner of the parked car to contact them when they return to their vehicle. 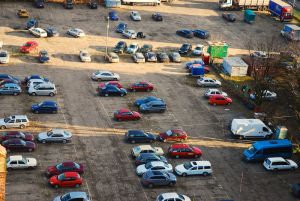 When you consider that many car parks now have security cameras recording every move that you and your car make one would have thought that, if the owner of the damaged car wished to do so, he or she could track down the offending vehicle. After all they will not be going to claim on their own car insurance policy for damage that has cost a minimal sum well below the excess on the policy but may wish to pursue a claim against the other party.

It will come as no surprise to read that the most popular damage to parked vehicles are dents to car doors. Almost two thirds of drivers reported damage of this kind. Key lines or scratches to paintwork made up 61 per cent of damage with wing mirrors being damaged accounting for 32 per cent.

Below are some interesting figures for damage that has been caused to vehicles that were left unattended: –

British Car Auctions surveyed almost 1,000 drivers who also expressed concern at the poor condition of roads in this country and the detrimental effect this was having on their vehicles.

In excess of two thirds believe potholes are responsible for damage to their vehicles and over 50 per cent were critical of speed bumps.

Tim Naylor who is the editor of British Car Auctions Used Car Market Report said: “Cars are bound to pick up some damage day-to-day, whether this means parking dents and scratches, speed humps and pothole damage or stone chips. But it is important to get any damage repaired as soon as possible before it deteriorates, particularly if you are thinking of selling your car. Cars in good all-around condition generally sell quicker and for more money, so protect your investment by having repairs done in good time.”