Apparently, following discussions between the Government and certain motor insurance companies, it is expected that the proposed changes to the way in which whiplash claims are dealt with following road traffic accidents could lead to a significant reduction in premiums being paid by motorists for their car insurance in the future. 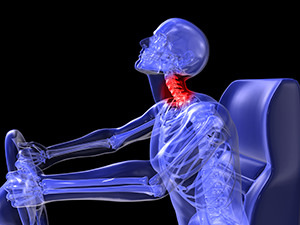 Apparently, there are too many insurance claims for whiplash injuries due to road traffic accidents that are felt to be either fraudulent or inflated.

We are sure that you will agree that anything that can be done to lower car insurance premiums has got to be welcomed at a time when, in recent months, premiums have been increasing for some drivers.

One of the proposals is that the threshold amount at which claims can be processed in the small claims court for minor injuries is to be increased from £1,000 to £5,000. This should mean that the legal costs incurred by car insurance companies for dealing with some whiplash injury claims may drop thus saving the insurance industry money and this saving should be passed on to policyholders.

Another proposed change is that some claims for minor injuries would not be paid out in cash to those claiming. Instead, the cost of having medical treatment following the likes of a whiplash injury would be paid for directly to those providing the medical treatment by the insurance company meeting the claim.

It is hoped that such changes would reduce the number of fraudulent and inflated claims for minor injuries caused as a result of road traffic accidents. This could see savings of as much as £50 per annum passed on to individual policyholders by way of a reduction in car insurance premiums.