Gagik Manucharyan, aged 40 from Cyprus, and Elina Jaksone aged 36 from Latvia have both been jailed for a large car insurance fraud that provided them with a lavish lifestyle. 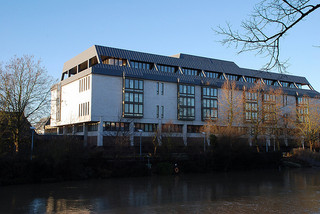 They purported to arrange cheap car insurance for numerous clients who each paid £100 in commission. In fact they actually pretended to be the drivers providing incorrect information to the car insurance companies in order to obtain car insurance.

As a result of these two individual’s 7-year operation, most of the genuine motorists will have found that their insurance was invalid leaving them without any insurance cover. This being despite the fact that they continued to pay their car insurance premiums with good intentions. Many of the drivers were from Eastern European countries.

During the seven years it is estimated that the couple made about £920,000. Some £365,000 was spent on a detached property and they sent their son to a prestigious private school. They each had the pleasure of driving around in Mercedes with one purchased for £56,000. Exclusive holidays were enjoyed at 5 star locations in Tokyo, Mexico, Mauritius and Jamaica.

Jaksone owned up to benefit fraud that had seen the couple receive in excess of £82,000 as she had posed as having been a single mother. After a seven-week trial, the judge at Maidstone crown court, found her guilty of tax credit fraud, cheating HMCE and insurance fraud.

Manucharyan was found guilty of defrauding HMCE and insurance fraud.

Their plea to not go to prison because of their children fell on deaf ears with Jaksone being sentenced to five years and Manucharyan to five years and two months. Furthermore, the judge ruled that when they had completed their sentences that they both be deported.

A financial enquiry is to take place with a view to recouping some of the funds and their home has been restrained.