We have seen average car insurance premiums reduce of late which is something that will no doubt have been welcomed by all those motorists affected. Any containment or reduction in people’s household expenditure has got to be a good thing. 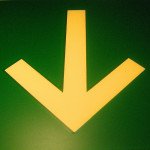 However, nobody is going to object to the possibility of further reductions. That is what may happen if the recent proposals from the Competition and Markets Authority are put into place.

One of their most significant proposals is that the cost of providing a replacement temporary car whilst the policyholder’s car is being repaired should be capped. At the moment, there is no limit on what an insurer of the at-fault driver can be charged by the company providing the replacement car to the non-fault driver. Presently, it is estimated that the cost of providing these cars is between £70 million to £180 million per annum.

Other recommendations from the watchdog include the likes of: –

– The information provided about the benefits and costs of the no-claims bonus scheme should be improved.

– It was felt by the watchdog that the policyholder should know more about their rights if they were involved in a car accident.

– The Financial Conduct Authority should look into how policyholders are told about other products that can be taken out when arranging car insurance i.e. personal accident cover and car breakdown cover.

Your thoughts are, as always, most welcome.