Car insurance providers are shortly to introduce discounts for cars that have the benefit of autonomous emergency braking (AEB) fitted as standard. 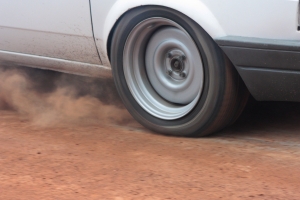 Lower car insurance premiums could come into effect from October but, at the latest, by the end of the year.

The AEB system has safety equipment including a combination of sensors, radar and cameras to check if a car is going to crash into something and, if so, the brakes come on.

Euro NCAP has said that, from 2014, it will include the AEB system within its five star rating. It estimates that 8,000 lives could be saved per annum in Europe alone if all cars were fitted with an AEB system.

Due to the proven effectiveness of the system insurers are agreeable to rewarding drivers who have a car with the AEB system fitted with lower car insurance premiums.

Matthew Avery, who is head of research at Thatcham stated: “We’ve got test data showing that a 27 per cent real-world reduction in crashes for vehicles fitted with AEB. We’re seeing that these AEB systems have such a huge effect that insurers can offer big discounts.”

Based on Thatcham’s research data, The Association of British Insurers’ Group Rating Panel who decides which insurance group every car fits into in the United Kingdom has authorised the reduction in premiums for cars fitted with the AEB system. Any model that has this system installed as standard will have its rating reduced by as much as four insurance groups.