A Reverend from Wales seems to have caused a bit of a stir with her insurance company due to the fact that she has had some stickers placed on the outside of her car. For instance, one has the words “Christ must be Saviour” along the driver’s side of the vehicle. 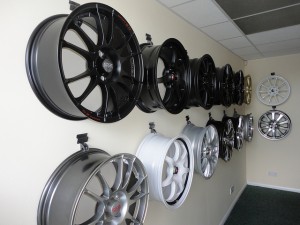 Apparently, when she made a claim on her car insurance policy and provided some photographs, the company informed her that she should have made them aware of the stickers when applying for the cover as they would not have provided the policy. They made it clear that the religious wording would have had nothing to do with such a decision. The stickers were classed as a modification. However, the insurer who provided the cover felt that the policy was not clear enough as to what modifications should be declared and have offered the policyholder a sum in settlement.

There are a number of instances when you need to inform your insurance company of modifications made to your car. For instance, if you had gone to the expense of having alloy wheels fitted to replace a set of standard wheels you should inform the insurance company. This is because such wheels are more expensive and more likely to be stolen thus increasing the risk to the insurer.

Another modification could be if you change the body style of your car. For instance, you could have a rear spoiler fitted. This makes the car look sportier and, again, makes it more appealing to the car thief.

If you existing two-litre engine blew and needed to be replaced and you decided to have a more powerful 3-litre engine fitted you would need to inform the insurance company. This is because the value of the car could be affected and you are more likely to have an accident in a higher performance vehicle and thus the risk to the insurer is greater.

The above are just some examples of when you need to inform your insurer of modifications that you have made that could impact on your car insurance.