Some interesting research has been carried out by Sainsbury’s Bank into the cost of keeping a car on the road that includes some figures relating to car insurance. It probably does not come as a surprise to read that motor insurance premiums have increased for many drivers in recent months but were you aware that the cost of motoring has come down significantly? 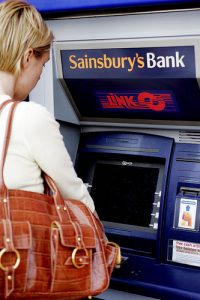 Sainsbury’s Bank has made available some interesting information about the change in the cost of motoring between 2013 and 2016 that includes some figures about car insurance.

Well, according to the information released by Sainsbury’s Bank, this year it is estimated that the average cost of running a car over a period of 12 months was £2,197.42 with this being a 22% reduction on the figure for 2013 when the aforementioned cost was £2,835.09. That is a drop of over £600 that we are sure you will agree is a big difference.

There is little that the motorist can do about the price of fuel other than to try to find a petrol forecourt within reasonable travelling distance that is selling petrol or diesel at a lower price than anywhere else in the locality. When it comes to car insurance, the motorist can take a similar course of action and try to obtain cover cheaper elsewhere when their policy comes up for renewal.

It is quick and simple to do some research to try to find cheaper cover with one way being to use the Internet as there are a number of car insurance price comparison websites to obtain quotes from. The motor insurance market is extremely competitive so you may be able to find cheaper acceptable cover elsewhere.