Car Insurance-Women In For A Shock

It is believed that not many women know about the EU directive that comes into force on 21 December 2012 whereby insurance companies can no longer take a person’s gender into account when calculating insurance premiums and that includes car insurance premiums. 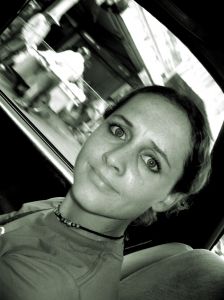 Why should that concern the female sex, especially those under 40 –quite simply, ladies, on average, pay less for their car insurance than men because they are less likely to have an accident.

So, let’s have a look at a couple of statistics: –

A motorist over the age of 35 is ten times less likely to be killed or injured in a car crash than a young man.

The average car insurance claim made by a young man is about £4,500 whereas it is only around £1,200 for a middle – aged man or woman.

The above are the main reasons why a man will pay in the region of 40% more to insure his car up to age 40 when accidents and claims tend to level out between men and women.

What will happen when the directive comes into force? Scott Kelly is Head of Motor Insurance at Gocompare.com, a price comparison website, who stated: “We expect to see premiums equalised at the higher male rate rather than the lower rate for females. If that is the case, women drivers will see their premiums rise by just over £300 on average, but for younger age groups the increase could be as much as £2,000.”

However, for older females the EU directive should have very little impact as males and females above age 40 to 45 are already treated by insurers as almost identical in risk. In fact, according to figures from the AA, ladies over the age of 50 pay around £10 per annum more so they may see a very small reduction. It is also estimated that 10% or more will be deducted from a young man’s premium.

Direct Line said: “We were disappointed with the ruling, but now it is going to become law we’re focused on minimising the impact of the gender directive. It’s hard to be sure what is going to happen to prices within the market. Many customers will not be adversely affected. However, people shouldn’t panic; they should wait for their renewal quote from their insurer and contact them if they have any concerns.”

The Association of British Insurers does not think that all premiums will increase to the top rate for a man but it does feel they will head in that direction. It believes, overall, that premiums for men will drop by as much as 10% but increase for women by about 25%.

It would appear that a lot of ladies will be shopping around when they receive their car insurance renewal notices.