There have been some large changes in the cost of car insurance for lady drivers in recent months – in particular following the EU Gender directive that came into force on 21 December 2012. 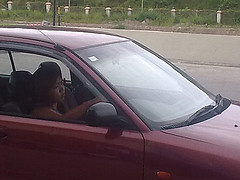 Following that announcement, car insurance premiums rose by about 14 per cent for female motorists and dropped by about 8 per cent for male drivers. This information is based upon details provided by the British Insurance Brokers’ Association (BIBA).

However, up too date research has shown that this trend is changing slightly. Between December 2012 and January 2013 average car insurance premiums have dropped slightly with this being put down to a drop in demand.

Historically, lady drivers have paid less for their car insurance as it was felt that they were not so much of a risk as men when behind the wheels of their cars. Prior to the EU Gender directive coming in a female in the age bracket of 17 to 18 was paying £2,700 on average but a male in the same age bracket was paying £4,400 – a considerable increase.

Prices did increase after the EU ruling but they have now eased off as insurers have been unable to sustain prices at the increased levels as they were losing business.

The BIBA has spent some time looking at quotes that have been provided during the last 6 months by in excess of 300 price comparison websites, brokers and insurance companies. Their research showed that young ladies have suffered most. For instance, a female who is 23 years of age insuring a Nissan Micra would pay on average £423 per annum in August 2012 with this increasing to £493 a year in December but would now be paying £433 per annum.

These figures make interesting reading although we must be aware that the new EU Gender directive only came into force less than 3 months ago. It will be interesting to look at further figures as the year progresses.