Car Insurance Premiums Forecast To Increase By £30pa In 2016

In recent months, we have seen average car insurance premiums increase which is a worrying thing for motorists. Thank goodness we have seen prices come down at petrol pumps as that may have gone some way towards compensating for the rise in the cost of insuring a car. 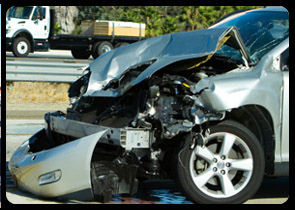 Unfortunately, there may be more bad news on the way for motorists in respect of car insurance. According to Ernest and Young, the well-known accountants, they are forecasting that the average cost of insuring a car may well increase by as much as 8% per annum next year. This could put as much as £30 per annum on the cost of the average car insurance policy.

This increase is, in part, due to the recent rise in Insurance Premium Tax that came into force on 1st November 2015. Insurers are also no doubt trying to increase their income as it is believed that companies are paying out more in meeting claims following the likes of road traffic accidents than the income they receive from premiums.

Hopefully, this will result in more people deciding to shop around for their motor insurance as a surprising high number do not bother to do this – merely accepting the renewal quote they receive every year from their existing insurance company. There are no doubt some competitive car insurance deals to be obtained if you are prepared to set aside a little time and make some enquiries.

A quick and simple way of getting a competitive car insurance quote that you can compare with the one from your existing insurer is to use a price comparison website as many tend to provide access to a panel of insurers. Do bear in mind that that there are some insurance companies that do not use price comparison websites so you can do some further research in that respect if you so wish. Hopefully, you may be able to save some money by shopping around.