In 2007 Towers Watson Car Insurance and Confused.com’s Price Index was launched with latest statistics from the index revealing that there has been the biggest drop in premiums since it was launched. 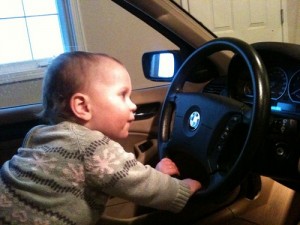 In particular, car insurance for young drivers has benefitted from lower premiums. This really is good news for this age sector as they have suffered tremendously in recent years with hefty premiums although, in a way, this is understandable as they are statistically at higher risk of being involved in a car accident.

Motorists in the age group 17 to 20 had seen the biggest cuts with female drivers in that age group seeing their premiums fall by 9.1% with males in the same age group seeing their premiums reduce by 7.8%. In the 12 months to September 2012 the average reduction for both males and females aged 17 to 20 was 13.6% but just for females was a huge 17.3% drop. It will, of course be interesting to see what impact the EU gender ruling will have on premiums when it comes into force in December 2012.

On average, fully comprehensive car insurance throughout the UK and covering all age sectors and sexes was £757 per annum as at the 30 September 2012 which was a drop of £87 per annum over the past 12 months.

Third-party, fire and theft car insurance reduced, on average, by 2.1% over the last year – a reduction worth £24 and that is the first time there has been such a drop since the index was launched back in 2007.

Car insurance policyholders certainly need a boost having seen such large increases in the last few years so let us hope the trend continues.