According to the RAC Foundation report, the elderly drivers have better safety records as compared to their counterparts. But the government is forcing the old motorists to undergo the driving test which does not seem necessary after the reports. The mandatory driving test will not at all influence the driving pattern of elderly or reduce the accidents so it seems unwise to push the elderly drivers with good lot of experience for retesting.

The older drivers are found to be safer on UK roads as compared to other young and adult drivers. Irrespective of all the myths about the old drivers they are proved to be much safer than the drivers of other age groups. The old drivers with safe driving skills can get reasonable car insurance quotes from the car insurance comparison site.

According to the director of the RAC Foundation it is quite unlikely to see the drivers over 70s doing retesting. The retesting of the old drivers might be even tough to police for the instructors as well.

The compulsory driving test has negative impact on the elderly mobility as more than 60% of the old people travel by their own car but the mandatory test might result in license rejection and limitise their movement. The retesting tests also contravene with the recently passed legislation of equality. The parameters for all the drivers must be same whether it is insurance premium or retesting.

The older drivers can be advised to do refresher training test to get the needed help. But this measure must not be made compulsory as it will turn the elderly to be quite fearful about losing their driving license which will make them home bound. 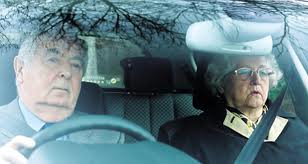