Call For Support For Elderly Drivers Over Car Insurance

According to campaigners for the elderly, older drivers are being refused the opportunity to drive their cars based upon their age rather than their risk. 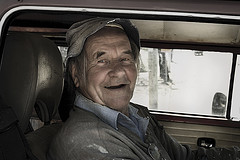 Are elderly drivers being discriminated against when it comes to car insurance?

It should be noted that car insurance companies are under no obligation to provide car insurance for people of any age although there is an agreement in place between the Association of British Insurers, the British Insurance Brokers Association and the government that is designed to make sure that if an elderly driver is declined for car insurance due to them deemed to be too old that they are re-directed to insurance brokers who may be able to assist them in arranging alternative car insurance.

Age UK claim that there are several thousand elderly motorists that are not being given the opportunity to continue driving thus depriving them of remaining independent with this being due solely to their age as opposed to the risk that they may or may not impose.

Apparently, last year, Age UK Enterprises carried out a mystery shopping exercise that revealed 21% of those people taking part that were 80 plus years of age were declined car insurance as it was felt that they were too old. Furthermore, it is extremely concerning to note that of those 80 plus years of age who were, in the first instance, declined car insurance, a staggering 85% were not then referred to either the British Insurance Brokers Association or to any other car insurance providers. This is a breach of the agreement that we referred to earlier.

The British Insurance Brokers Association have assisted 40,000 elderly people sort out insurance since the agreement came into force in April 2012.

It has to be said that the above information must give the elderly much cause for concern. Let us hope that pressure can be brought to bear on those car insurance companies not fully complying with the agreement falling into line.