We have previously mentioned about telematics car insurance that is also known as “black box” insurance. This sort of insurance really does appear to have its benefits, in particular for the younger driver. 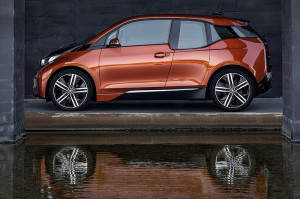 As you may be aware a black box is fitted inside the car and it measures things like how well you are driving the vehicle and when you are driving it. As we have stated above, it has proved of particular benefit to the younger motorist that drives safely by lowering the premium that they would normally pay in a number of instances.

We thought you would find it of interest to read that BMW in conjunction with Allianz Insurance are to offer a form of usage telematics car insurance in respect of their i3 and i8 cars called a BMW Flexi Mile car insurance policy. Use will be made of the BMW Connected Drive technology in these vehicles. The system will track the number of miles done providing the driver with a statement each month of the number done. Those BMW drivers taking out this policy who do less than 5,000 miles per annum will get cheaper car insurance – a 25% reduction that will no doubt be a figure not to be sneezed at. Any driver doing more than 5,000 miles per annum will pay a fixed price for every extra mile.

This is believed to be the first time that anything resembling telematics insurance is being fitted in a factory. We are sure that you will agree this is an interesting development.

It remains to be seen if other car manufacturers decide to follow suit in the future as it has the potential to be of great interest to many motorists who may have perhaps not considered a full type of telematics car insurance as they may have felt it intrusive. All that the system used by BMW will do is track the number of miles that you have done.
We will keep you posted should we hear of any other car manufacturers doing the same.