Being Unemployed Could Increase Your Car Insurance Premiums

Which? has recently carried out research into some of the factors that affect car insurance premiums and, it has to be said, they make interesting reading.

Their researchers undertook online quotes with five of the biggest car insurance companies – those being More Than, Direct Line, Aviva, LV and the Co-operative Insurance. They used a number of variables to create both low and high risk situations including getting quotes on different makes and models of cars, where the potential applicant lived and how old the driver of the vehicle was. Having done that, they then made various changes to the details that had been input to assess the impact the alterations made. 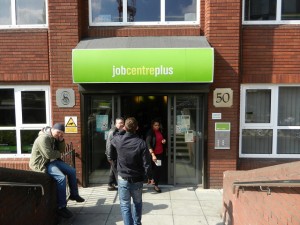 What you do for a living can affect the premium. For instance, when comparing the default occupation of “researcher” Which? found that Direct Line would charge anything up to 22% more if you were unemployed. If you were a bar manager you would pay 28% more if LV quoted but if you were a police officer your premium would be 9% less with LV.

If you have children then Direct Line would charge 9% more for providing you with car insurance yet no alteration was made to a quote in this situation with More Than. The Co-operative Insurance and Aviva did not ask if you had children. Interestingly, LV would increase your car insurance premium by as much as 3% if you were separated, divorced or single when compared with being widowed or married.

Another interesting set of figures was in respect of those drivers convicted with “driving without due care and attention”. Aviva would charge an extra 7% but More Than would increase your car insurance premium by as much as 55%.

It has always been thought that if you keep your car in the garage rather than leave it in the street that it would be cheaper to insure. This was certainly the case with all the above insurers with the exception of More Than who would charge an extra 7%.

There is no doubt that what the above just goes to prove is that it is often worth shopping around to see if you can get a better deal.