Aviva is the biggest insurance company in the UK and they have recently reported a large increase in the monetary value of insurance fraud that they have spotted in 2013 which is a concerning factor as it has some bearing on insurance premiums. 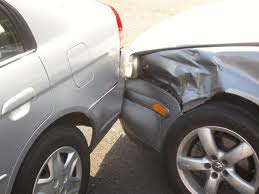 According to Aviva, insurance fraud increased in 2013

Last year, the company identified in excess of £110 million in insurance fraud with this figure being 19% higher than the previous year. A staggering 54% of this figure was in respect of motor injury claims whether that is a one-off small insurance whiplash claim to organised gangs becoming involved in huge car insurance claim scams.

It is estimated by the Association of British Insurers (ABI) that policyholders are paying an extra £50 per year in premiums due to fraudulent insurance claims.

Aviva has 25 staff just dealing with insurance fraud and they spot in excess of 45 claims a day that are proved to be fraudulent totalling £300,000.

In 2013, Aviva paid out on more than 910,000 claims with a value of £2.65 billion and interestingly under 1.9% of claims that the company received were identified as being of a fraudulent nature. Many fraudsters are third parties who are putting in claims against Aviva policyholders. Last year, the company identified one in nine claims for third party injury to be fraudulent.

According to the Insurance Fraud Bureau (IFB), organised “cash for crash” claims can be connected with one in seven personal injury claims.

We are sure that you will agree that these statistics make disturbing reading because it is the innocent policyholder that is suffering. It could also be argued that other members of the public could be affected in a negative way because if the emergency services are called to the scene of a “cash for crash” accident when there resources could be better used elsewhere other people’s lives could be put at risk.

We would welcome the thoughts of any of our readers on the above.