The writer of this post thought it would be useful to many motorists to share his experiences of attending a speed awareness course only yesterday. 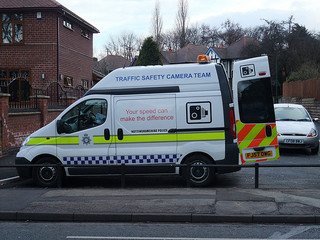 The reason for attending the course was of course for exceeding the speed limit. The incident occurred just after midnight whilst driving through a section of motorway that was being repaired and the speed limit had been reduced to 40 mph. Unfortunately, the writer was doing 49mph.

There were two options-either pay £60 and have 3 points added to the driving license or pay £80 and attend the course. The later option was chosen solely to avoid points on the license and an increase in car insurance premiums that would undoubtedly occur. In fact, since making that decision at least one car insurance company now ask if you have attended a speed awareness course. The writer is insured with one of those companies!

Anyway, back to the course.

It lasted for 4 hours and there were about twenty other people attending who had been caught speeding in a variety of situations. Interestingly, there were very few people below the age of 25. It was run by two people who were advanced motorists, ex driving instructors and had a vast amount of knowledge to impart about driving safely on our roads.

The general view amongst attendees was that they would rather not be there with some having to take time of work. However, the feeling at the end of the course was that many had found the content very beneficial.

The writer, for one, will certainly be more aware, whilst driving, to look out for potential hazards such as children running out into the street, driving with more thought for other motorists and of course the implications of exceeding the speed limit.

The writer does not know how much of the course content is included within what is covered when someone is learning to drive a vehicle but it ought to be. It would make our roads safer with fewer accidents, fewer claims on our car insurance policies that may help contain car insurance premiums.