Are Car Insurance Premiums Fair In Comparison To Claims Amounts?

Research has been carried out by Which? that makes for interesting reading and may go some way towards answering the above question. 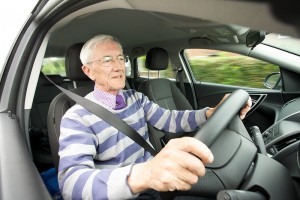 Is the older motorist getting good value from their car insurance?

Utilising information provided by the Association of British Insurers (ABI), Which? compared, across 14 age groups, the average amount of claims for each policy with the average premiums that each policyholder paid for their car insurance policy. The age range was from 18 to 85.

So, let’s have a look at some of the results of these findings.

You are no doubt aware that the younger motorist tends to pay considerably more for their car insurance than the more mature adult.

Overall, the research would seem to indicate that the premiums many older motorists are paying might be out of line (higher) in relation to the amounts they are claiming. Of course, there are many factors that make up the premium such as driving and claims history but this research does make for interesting reading.

We always welcome the comments of our readers so do feel free to spend a few minutes expressing your thoughts on the above.