The price comparison website Confused.com has produced its Car Insurance Price Index covering the 4th quarter of 2016 that makes for interesting reading. It probably does not come as a surprise to people to read that the average cost of car insurance has increased quite significantly over the past 12 months. 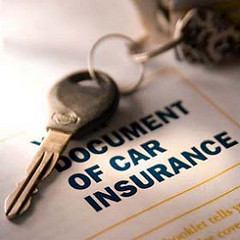 Here in the UK, average motor insurance premiums have been rising.

In the 12 months to the end of 2016, the average premium for fully comprehensive motor insurance has gone up by 14% to £767 per annum. That means that motorists are paying, on average, £95 more than they were at the beginning of last year that we are sure you will agree is a sizeable increase. This is something that motorists here in the UK could do without especially as we have seen the cost of fuel for vehicles go up in the last few weeks.

Unfortunately for motorists living in Inner London, they were paying the largest average premiums for comprehensive cover in the last quarter of last year. Over 12 months, their premiums went up by an average of £152 per annum to £1,237 per annum. This annual rise was the biggest seen in monetary terms within all regions in the UK. However, the largest percentage increase in the UK was seen in certain Scottish regions – namely the Highlands and Islands and East and North East of that country where premiums for fully comprehensive car insurance rose by an average of 20% in the space of a year. Average premiums in those two regions were £589 per annum and £563 per annum.

Age continues to play a big factor in premiums with the younger motorist tending to pay much more for their car insurance than the older driver. For instance, the average premium paid by a 17 year old is £2,112 per annum whereas many motorists who are at least 60 years of age pay under £500 per annum for their cover.

There is a significant difference in premiums between genders. The average car insurance premium for women as at the end of 2016 was £711 per annum and for men was £812 per annum.

There are numerous insurers providing this type of insurance so motorists may wish to shop around to try to get a competitive price for their car insurance. Although 12 months ago your existing insurer may have offered a competitive premium that does not mean to say that they are one of the most competitive when your policy next comes up for renewal so you may wish to do some research in this respect.