Accidents In Car Parks Rise During The Festive Period

Christmas time is a busy period in the shops with people buying presents and stocking up on food for the annual Christmas Day and Boxing Day lunches. The car parks outside supermarkets and retail parks are particularly busy. 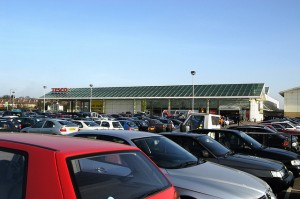 So, it probably does not come as a surprise to read that at this time of year there tends to be more car accidents involving scrapes in car parks. This is borne out by information from AA Insurance who provides car insurance.

According to the AA, in December and January the number of issues with cars being damaged in car parks goes up. Obviously, at this time of year, people can become a little impatient when it comes to looking for a car parking space that tend to fill up in the busy festive period. Tempers probably increase as well.

There are ways that you can reduce the likelihood of being involved in your car being damaged in a car park. For instance, you could avoid shopping on a weekend that is a busy period. You could do your shopping very early in the morning or late at night to avoid the rush of shoppers. You could try to park well away from other vehicles. Take your time whilst driving in a car park looking for a parking space. Always use your car indicator when making turns. Park your car centrally within the parking space.

As you can see, there are ways that you can reduce the likelihood of being involved in a car parking accident and therefore reduce the possibility of having to make a claim on your car insurance policy.