Millions of car owners have motor insurance notwithstanding the fact that, for some, this will be because it is a legal requirement to do so unless your vehicle is declared SORN (Statutory Off Road Notification) and kept off the public road system. There are no doubt some drivers who are rather sceptical about insurance in so much as they may feel that insurers could try to avoid paying out when receiving a claim for damage to the policyholder’s vehicle. 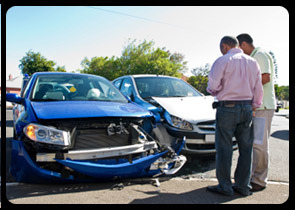 The % of motor insurance claims that are met each year is high.

Well, the Association of British Insurers (ABI) has recently published some statistics in relation to motor insurance claims as well as some other types of insurance that make for interesting reading and should dispel the concerns of many of those people we have refereed to above.

The analysis that was carried out was in respect of 4.3 million claims for motor insurance that were made with a number of car insurance providers back in 2013 and 2014. We are sure that you will agree that this would appear to be an extensive survey of claims.

Anyway, the analysis revealed that claims on motor insurance policies were found to be successful in 99% of cases. That just goes to show the high percentage of claims that were met.

The average amount that was paid out for motor insurance claims was £2,160 per claim.

Another interesting statistic was the fact that 10% of all people that held motor insurance policies had a claim that was successfully paid out covering a 12 month period.

It is great to see that this sort of information is being made available publically and hopefully the above gives the car insurance policyholder some reassurance that, if it is a valid claim, a payout will be made.