Every quarter, Confused.com along with Willis Towers Watson produces an index about car insurance premiums and the latest one does not make for particularly good reading for some people. This is because the average cost of comprehensive car insurance premiums has increased by 13% in the 12 months between Q4 of 2014 and Q4 of 2015. 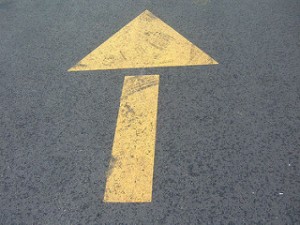 In fact, it was Q4 of last year that saw premiums for the above type of cover increase by 7% in comparison to the previous quarter of 2015. You may find it interesting and concerning to hear that it was way back in Q4 of 2010 since we have seen such a large rise in premiums (7%) on a quarterly basis.

Now you may think that it is the younger driver who has suffered the biggest price increase as, generally speaking, it does sometimes tend to be such motorists that suffer financially. Well this was not the case. Lady drivers between the ages of 17 to 20 only saw their premiums rise by an average of 4% over the twelve-month period. The average annual premium for such drivers is now £1,558. Interestingly, a male driver in this age bracket would be paying an average of £2,153 pa for fully comprehensive car insurance. Although that is a sizeable amount of money it is 44% less than what they were paying back in Q2 2011 (£3,829).

It is men aged between 61 to 65 who have seen the biggest increase in their car insurance premiums when comparing the last two quarters. Their premiums rose by an average of 10%.

The above just reinforces why people should consider shopping around when looking for car insurance. In this respect, one of the ways of doing so is to use a price comparison website that provides access to an extensive panel of insurers.