A nationwide poll by a leading research company on behalf of a car insurance company has revealed that about 12 per cent of the UK motorists facing driving ban would ask their spouse, relative or friend to take responsibility in the form of penalty points. The poll also revealed that 13 per cent of drivers would take the speed camera penalty points. 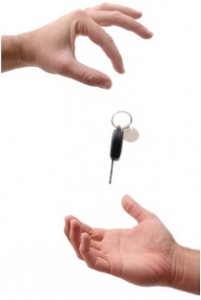 The poll exposed that the penalty point swapping was about 20 per cent among young drivers under the age of twenty-four in comparison to eight per cent of motorists over the age of fifty-five. The poll figures reflect that some motorists on the roads of UK do not consider swapping the penalty points as a serious motor offence. The poll also shows that most drivers consider the speed cameras as an instrument of imposing costly penalties instead of viewing it as a tool for discouraging motorists from over speeding.

To maintain a clean license and to avoid ban, UK drivers are risking with an immoral practice. Trading of the penalty points is an illegal action and it can lead to serious consequences. It is advisable that the motorists do not use this course of action to maintain their license penalty-proof.